Parents want the best for their children. We research the best pediatrician, we buy accurate thermometers, we find the most soothing teething toys. And when your child is not reaching milestones and showing signs of developmental delay, the research increases a hundred fold. You start purchasing any toy that might spark your child’s interest, and reading all the books, online forums, and blogs. And along the way, there are some disappointments.

I started noticing the subpar communication tools early on. I was not impressed with the cartoon drawings used for communication exchange, and couldn’t believe it hadn’t been updated to real life photos. Surely a young child would understand a real image better than a drawing, right? So I bought a laminator and starting printing anything that my son might request. It worked, but it was tedious. There were 2”x2” laminated photos velcroed all over my house. I also wanted to teach him sign language, and researched all the children’s sign language products available. Again I found that the books were cartoons. The video brand I found was fabulous, but they were too busy and too fast paced for my tiny boy’s unique brain. I did however observe his, and other children’s, keen interest in sound board books. They loved to push the buttons! I also found a brand of children’s books that showed real life photos, and our collection quickly grew. My mechanical engineering background quickly put the pieces together- real life images, sign language, a sound board, no clutter to allow for a child to focus, and presented in a functional communication package.

As the concept came together, Kenny quickly went form the laminated photos to a Go Talk 9+, which he hated, to an iPad with a communication app I programmed specifically for him. His language, academic knowledge, and joy blossomed rapidly.

I began drawing sketches of the I Want to Tell You book series, and shared the concept with my aunt and uncle, who have been in my and my kids’ lives since day one, as grandparents. The three of us knew the idea needed to come to fruition, because the gap in the market was doing such a disservice to young children. These 1-3 year olds deserved the same power of healthy communication as their typically developing peers!

I began thinking about who would be the model for the sign language photos. A very young child would be appealing to other kids, but the task of modeling would be too demanding. An adult could do it, but would children be drawn to it? I was driving through back country roads and it hit me- my best friend’s youngest sister! She had big, beautiful eyes that could help children exercise eye contact noninvasively, her hair would be pulled back, and she was just old enough to pull off the job! Not to mention, Kenny was, and still is, completely smitten with her. 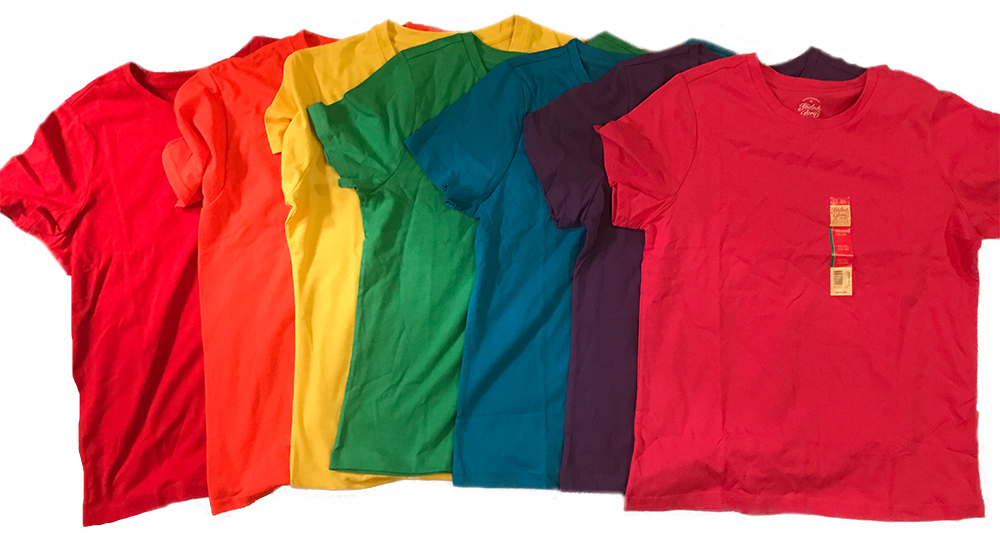 I started piecing together the organization of the series, how many books, and the ten corresponding buttons. I was ecstatic about the color coding, another way for a young, neurodiverse brain to understand and memorize the communication method- red for basic functional core words, green for food, blue for emotions, etc. Finding the corresponding shirts wasn’t even all that difficult, since it was spring time. Everything just fit so organically.

Selecting the photographer was a no-brainer. He’s a family friend I’ve known since I was a kid myself. Walter Bush, and his wife Tamra, even visited us in the hospital when Kenny had his open heart surgery, and Tamra came to my house to help with chores and boost my spirits while I cared for my recovering infant. I described the project to Walt, and he, without a moment’s hesitation, accepted the photography job. His nephew is autistic, and he saw the vision and need.

My uncle pulled in a graphic designer he had known for years, who immediately felt the passion for the project too. Everyone who has had a hand in the book series has become captivated by the mission to give young children a voice.

I told Kenny’s psychologist, occupational therapist, speech language pathologist and pediatrician about the project and showed them mockups. They were also in support of the project, seeing the gap in the market the book series would fill.

The web designer and her family could feel the weight of the project as well. When the background of the books, and Kenny’s story, were told to them, they immediately took on the task of building a website that would reflect the layers of strategic, functional communication of the books.

The book series has been a labor of love and purpose for all who have had a part in it. We are all fiercely passionate about assisting these young children, and paving the way for them to speak for themselves, no matter what method of communication they use. The goal is to give them access to an inventory of words, and the I Want to Tell You book series accomplishes that mission.