I’ve never embraced the idea of starting a blog, because it seems like everything has already been said. However, we recently sold our family home and purchased a farm. My husband and I dreamed of selling everything and moving to Hawaii before having children, but after our son’s open heart surgery and the diagnoses began pouring in, that dream was laid to rest. We simply could not move across the ocean from our support network and plethora of professionals, and with the risk of losing him into his own world. Granted he loves the ocean, as do I, but it was just too much of a gamble.

Last summer my husband, Ken, began looking at houses with at least an acre of land. I couldn’t wrap my head around moving our two children from the only home they’ve ever known, not to mention the price tags! Ouch! It took about five months of him working on convincing me, until I began looking with him. Ken drove me down a dirt road one day, and I peaked over a gate and immediately got the warm fuzzies. He had actually seen it a week before, and he knew I was going to fall in love without even seeing the inside. He wasn’t convinced that it was the one.

Our house took five months before going under contract. We had probably 40 viewings, which is a lot with a 4 year old creative daughter, and a five year old autistic son. That’s a lot of trips to the McDonald’s Play Place in the rainy winter! My waistline still hasn’t healed from the trauma.

Our house went under contract, but what was supposed to be three days between moving out and moving into our dream home, ended up being two weeks of living in a motorhome in the snow, surrounded by boxes, a fish tank in the bathroom, and two kids with the flu. It was a nightmare. Once we finally moved into our home, we had no heat for two days, and no internet for over a month. If you have an autistic kid, or any kid for that matter, having no WiFi for five weeks is an eternity. And in the middle of all this, the I Want to Tell You Books website launched. With no internet.

We’ve now been in our home for three weeks, with our son Kenny beginning a new school that has very limited experience with alternative assistive communication (AAC) devices, but an eagerness to learn. We got our four year old daughter Lilah five 10-week old chickens, a week old male sheep and a three week old female sheep. Sometime in the near future, Kenny will be receiving a fully trained autism service dog as well. All of a sudden, our 2 acre hobby farm is born. 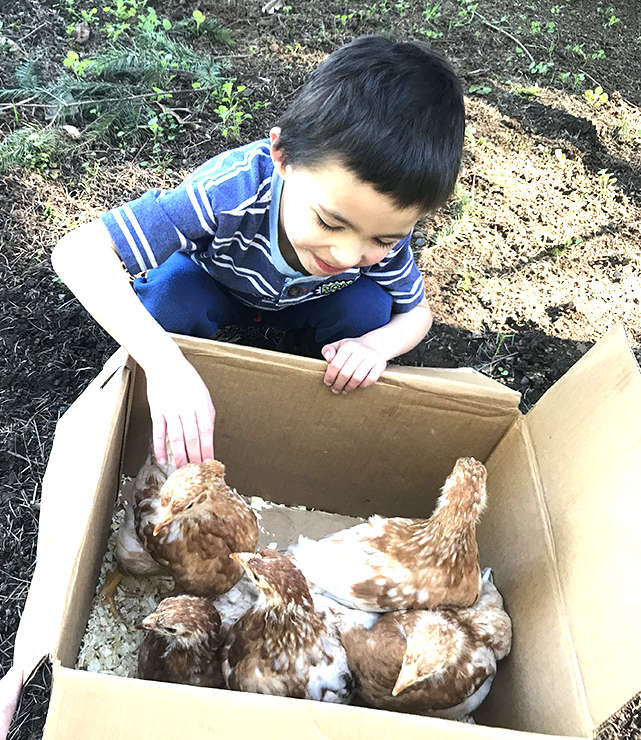 This week I planted a fruits and vegetables garden with the goal of decreasing Kenny’s food bill, trimmed apple trees too much, hacked away at blackberry bushes and cut my arms all up, and shortened blueberry bushes to what ought to be kid heights. The bottle fed sheep have been a delight for my kids and my friends’ kids, and my friend who owns a ranch will take them off my hands if they become too much for our family. But so far, they’re bringing everyone joy. 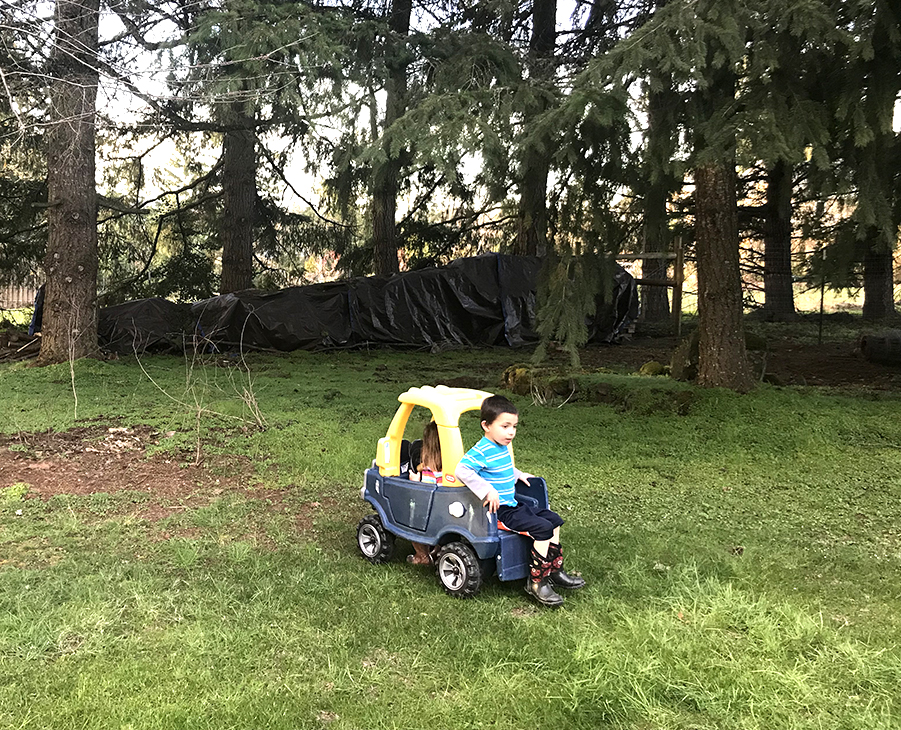 I’ve watched my son Kenny over his five years of life, and seen how at peace, how he radiates freedom when he’s in nature. He’s content, he’s blissful, he’s free of demands, social expectations, being taught how to take turns and share, and just at rest to be one with the great outdoors. His eyes shine, he makes happy sounds, and he gladly invites others to join him in his adventure, as long as they don’t try to take over. It was that precious snapshot of Kenny that motivated us to try out the farm life. Sure, my husband and I would have enjoyed more outdoor space, but our city home was just fine for our needs. But we bought a farm for the kids.

It already has such an organic feeling. And I don’t mean organic as in free of pesticides. I mean walking through the trees with my children feels so raw, so real, so profound. Yes, we were absolutely designed for this experience, but here in 2019, how often do you just walk through the trees, smelling the fresh rain and feeling the earth soften under your feet? Aren’t you pressed to use your savings account to plan a vacation in six months to do that? We cashed out everything we could to give our neurotypical daughter and autistic son this inside-out experience every day.

I’ve read articles about autistic adults who are employed at farms, and flourish. I’ve watched videos of autistic teenagers who go to school on a farm, and forego a traditional education, and thrive. So we’re starting early. Kenny rejects nearly every idea that’s presented to him, except the offer to go outside. So we’re putting everything on the line in hopes to give him a new lease on life. A life revolving around joy and new skills that he naturally pursues.

This is our story of Autism on the Farm.